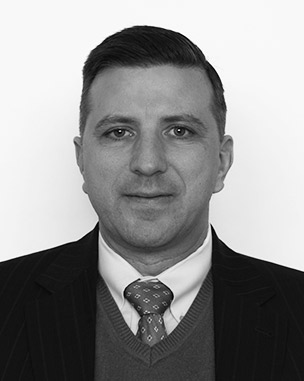 Bill enjoys a wide variety of practice areas but focuses primarily upon resolving disputes between people, businesses and municipalities. He is highly experienced in trying cases before judges, juries and arbitration panels as well as arguing cases up through the appellate courts of Pennsylvania and New Jersey.

When meeting with a prospective client or handling a new matter for an existing client, his focus is and has always been on identifying the core issues so that matters are handled in the most efficient and cost-effective manner. Whether by way of settlement or trial, the best interests of his clients remain his priority.

As part of his trial practice, Bill devotes a significant amount of his time and services to pro bono matters through the Bucks County Bar Association and Legal Aid of Southeastern Pennsylvania.

Bill is an active member of the Pennsylvania and Bucks County Bar Associations.

Bill earned his undergraduate degree in English and History from the University of Scranton and received his Juris Doctorate from Temple University Beasley School of Law.

Bill is an active Board Member of the Upper Bucks Chamber of Commerce where he is responsible for building strong partnerships within the business community.

Bill is also a member of the national, state and local chapters of Trout Unlimited, an organization devoted to cold water conservation and preservation.