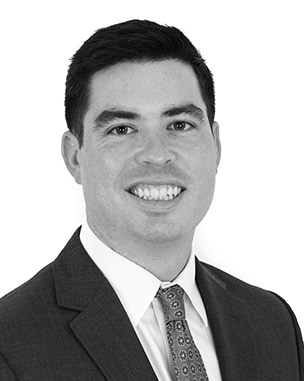 John P. McShea joined Eastburn and Gray in 2021 where he practices in the areas of litigation, real estate, land use and zoning, and municipal law.

Prior to joining the firm, John was an associate in the Philadelphia office of a large, full service law firm. During that time, he represented corporate policyholders in complex insurance coverage disputes involving a variety of policy types and coverage issues.

Between 2018 and 2020, John served as a judicial law clerk to the Honorable James A. Gibbons of the Lackawanna County Court of Common Pleas.

John is a native of Strafford, PA and presently resides in Abington, PA. When he is not practicing law, he enjoys following local Philadelphia sports, running and spending time with family and friends at the Jersey Shore.