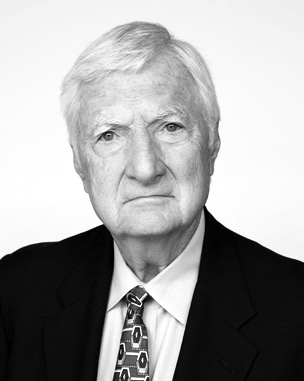 Tom MacAniff began his career with Eastburn and Gray in 1963. The early years of his career consisted mainly of criminal and civil trial practice.

From 1994 to 2009, Tom served as outside general counsel to a public corporation. He was responsible for the legal representation of the company and engaged in all areas of practice of corporate law with the exception of securities work. He represented his client in various federal district courts, before the Federal Trade Commission and before the Food and Drug Administration, in addition to handling general corporate litigation work in Pennsylvania and eight other states.

Over the years, he has maintained an active estate planning practice.

Tom received his bachelor’s degree in Economics and Government from Cornell University. He received his law degree from the University of Pennsylvania.