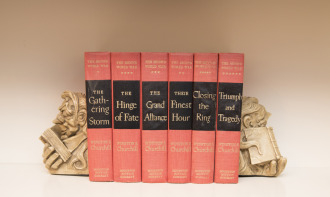 Last year, the U.S. Department of Labor (DOL) issued its final rule updating earnings thresholds to exempt salaried full time professional, administrative and executive employees from the Fair Labor Standards Act’s minimum wage and overtime pay requirements. The last update was 15 years ago. The same final ruling permitted employers to count a portion of some commissions and bonuses toward meeting the salary level. At the time, the DOL estimated that the change would make 1.3 million American workers newly eligible for overtime pay.

The DOL final rule raised the “standard salary level” for professional, administrative and executive employees to be considered exempt from overtime pay requirements from $23,360.00 (or $455/week) to $35,568.00 (or $684/week). At the state level, Pennsylvania’s new regulations likewise increased the salary threshold to $35,568.00 (or $684/week) through October 3, 2021, at which point the threshold will increase again to $40,560.00. The threshold will again increase on October 3, 2022 to $45,500.00 and then adjust automatically every three years thereafter. Employees earning less than those sums may be eligible for overtime compensation. The final DOL rule also increased the total annual compensation requirement for “highly compensated employees” from $100,000/year to $107,432/year, but Pennsylvania does not recognize an exception for highly compensated employees.

The new Pennsylvania regulations amended the tests used to determine overtime eligibility for certain employees, bringing them more in line with federal law. In particular, employees must meet the requirements to be exempt under the executive, administrative or professional exemptions, which considers an employee’s salary and duties. To be exempt as an executive, for example, an employee must meet salary requirements, primarily perform management duties, direct the work of at least two full-time employees, and must have the authority to hire or fire or a stake in such decisions.

Both the federal and state rules also allow employers to count nondiscretionary bonuses and incentive payments (including commissions) paid annually toward satisfying up to 10% of the standard salary level.

Pennsylvania employers are cautioned that they must comply with both the Fair Labor Standards Act and the Pennsylvania Minimum Wage Act. Where the authority conflicts an employer must adhere to the regulation that providers a greater benefit to the employee.

If you, or someone you know, may be affected by the information in this legal alert, please contact Erin Aronson at Eastburn and Gray. To learn more about Eastburn and Gray and our Construction Law practice group, please visit the firm’s website, www.eastburngray.com.