Take The Time Before You Sign Partial Or Final Payment Releases 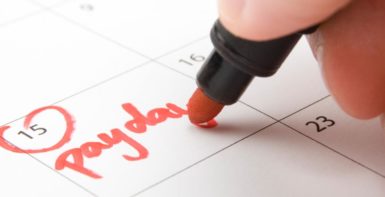 Everyone likes to get paid. The reality is that for contractors and subcontractors, a large portion of most payments received on a given job are already committed to others in the project delivery chain. Far too often, your own suppliers and vendors are eagerly standing by (and pressing) for payment, while you are forced to wait out the clock on payments due from those above you.

In the construction industry, with its heavy focus on contractual and statutory rights – and penalties if those requirements aren’t met – it is important that the rush to process incoming payments not take priority over careful consideration of the procedure and paperwork involved. Along those lines, no step deserves your focus more than partial and final payment releases. If you’ve attended any of my seminars, you have heard the potential problems which can arise from signing a partial payment waiver that includes language releasing rights and claims in excess of those specifically related to the amount of payment being received.

While additional claims involving project delays or pending change orders over and above the funds being released in a given month are not always a concern, where they do exist it is important that you identify and carve-out such claims as you review and sign any payment release form. If you know that open items not intended to be addressed by the incoming payment exist and are still unresolved, be sure that any release you are signing specifically identifies them and excepts them from the scope of any bond claim or lien rights you are waiving in exchange for the payment to be received. Some payment release forms I have seen invite the payee to attach a separate list of those items which it considers to be open and not subject to the current month’s requisition. Of course, such language is the exception and not the rule; and, absent such terms, it is important for you to add your own language to any release document cross-referencing your list of open items. Sometimes, Inserting an asterisk (*) over your signature, and noting “The above release does not apply to signor’s open and outstanding claims for those items listed on the attached schedule” can be enough. Being sufficiently specific in your schedule, so there is no question later about which cost items you were reserving for later discussion, is highly advisable. If reference to a specific document, correspondence or individual is appropriate, add it in.

Of course, we all know that in the real world, carving out additional cost items in a partial payment release will not always be welcomed by whoever is about to cut you a check. This is particularly the case where job tensions are already rising, with parties moving to their own corners and “building their cases.” “Easier said than done, Bob!” I do appreciate that situations on the ground often do not allow for exceptions and carve-outs. Please remember, though, that on public and private construction projects, PA law requires contractors, subs and suppliers to be paid for all work which is properly completed unless specific and timely notice has been given which points to a particular defect or deficiency and assigns a dollar value to it. You are always owed payment for properly completed work. The party making payment cannot withhold $80,000.00 for an $8000.00 problem. Careful consideration of the language of any partial or final payment release, and the rights which are waived in exchange for that payment, is always important.

Finally, a quick word needs to be said regarding language that often appears in partial or final payment releases which suggests you have already received the funds in question. “Receipt of which is hereby acknowledged,” or “The release set forth herein is unconditional.” Inevitably, you haven’t actually received the payment you’re referencing in the release you have to sign. We always urge clients to add terms to any partial or final release forms which recognize that payment isn’t physically in hand at the time of signing. Insert “Conditioned upon actual receipt of payment” at the top of the release form or just above your signature, or note that “Actual payment is still forthcoming.” Such qualifiers only serve to bring the release’s language into agreement with standard industry practice. Still, about once a month, a client will call to say that the general contractor or owner refuses to accept any conditional language on its release form. While I don’t necessarily agree with such a position, where your concern is avoiding waiver of potential mechanics’ lien rights on non-public work, understand that PA law is on your side: on nonresidential private projects, unless the general contractor has posted a payment bond, a waiver by a contractor or subcontractor is only valid to the extent payment is actually received.

For privately-owned residential work, it is still possible that lien rights are waived prior to the start of work regardless of the language of a partial or final release form. If you are engaged residential construction you should always carefully check your contract and the county court for stipulations against mechanics’ liens before starting the work, as well as monitor the language of partial and final releases you’re being asked to sign.

Remember that when in doubt, it is always best to check with counsel before agreeing to the terms of a partial or final payment release – especially where your goal is to preserve any claims or rights to be addressed later. It is those situations in particular where unscrupulous payors may get creative. When questions arise regarding construction contracts, statutory compliance, lien rights or payment issues, please contact Bob Watson and the team of construction and litigation attorneys at Eastburn and Gray, PC.