With the help and shepherding of Grace M. Deon, Esq., the Bucks County Bar Association celebrated the formal dedication of a fountain previously located on the grounds of the 1812 Bucks County Courthouse.

Doylestown was chosen as the county seat in 1812. By 1877, county leaders built a second courthouse in Doylestown. In the east yard, near the front iron fence, they placed a magnificent fountain with a large, fluted round cast iron basin and two tiers rising from the center. Manufactured in Philadelphia by the A.W. Wood & Company forge, the fountain remained on the court house grounds until 1960. By that time, the construction of a new court house lead to the demolition of the building and subsequently an auction of its contents, including the grand fountain.

Approximately 5 years ago, the fountain was rediscovered. The owner of the fountain agreed to donate it to the Bar Association; however due to its disrepair it required significant conservation. As part of Grace Deon’s role as Bar Association President which began in January, she set her sights on assembling a team to refurbish the fountain. Six months and dozens of volunteer hours later, the fountain has returned to its roots in Bucks County’s legal community, now located on the grounds of the Bucks County Bar Association for everyone in the community to appreciate.

“Safeguarding historic structures in our community fosters civic pride, tourism, economic development, neighborhood beautification and even sustainability when a refurbishment is also eco-friendly,” said Grace M. Deon, Esq. “Equally important is the conservation of historic artifacts that capture the culture and aesthetics of a time gone by.”

Ms. Deon is a shareholder and member of Eastburn and Gray’s management committee. Her practice focuses on Employment, Commercial and Special Education litigation. She currently serves as the President of the Bucks County Bar Association. 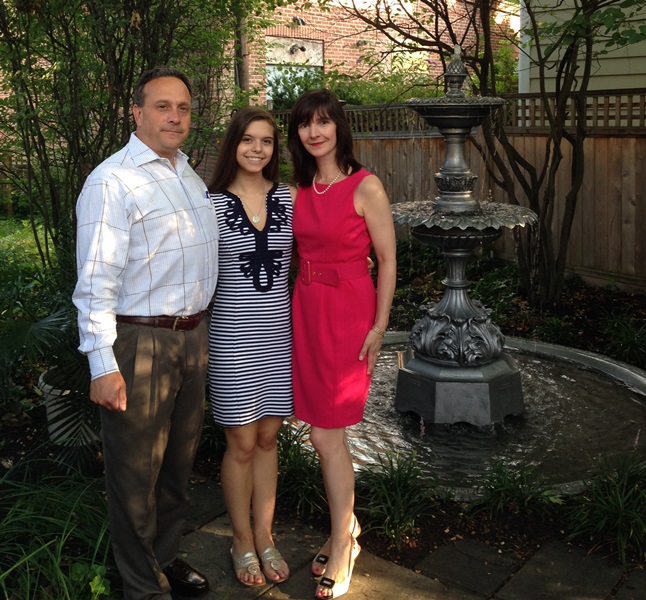 Pictured here are (from left to right): Grace M. Deon with her husband, Vincent, and daughter, Aubrey, at the ceremony held to dedicate the fountain.