Home // Press Releases // Marc D. Jonas, Esq. Named 2023 Lawyer of the Year for Litigation – Land Use and Zoning Law in the Philadelphia Area

Marc D. Jonas, Esq. Named 2023 Lawyer of the Year for Litigation – Land Use and Zoning Law in the Philadelphia Area 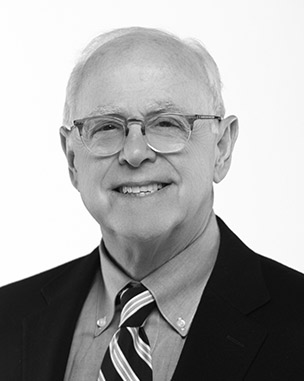 Marc D. Jonas, Esq. has been named by Best Lawyers in America® the 2023 Lawyer of the Year for Litigation in Land Use and Zoning Law in the Philadelphia Area.

This is a repeat of the notable peer recognition in 2021 and 2018: Lawyer of the Year for Litigation in Land Use and Zoning Law in the Philadelphia Area.

In 2017, Marc was singled out as Lawyer of the Year for Land Use and Zoning Law in the Philadelphia Area.

Only a single lawyer in each practice area and community is honored with the “Lawyer of the Year” award.

A graduate of the University of Pennsylvania and the University of Pennsylvania Law School, Mr. Jonas has an established track record and reputation from his peers as one of the preeminent land use attorneys in Pennsylvania with extensive experience in real estate, land use/zoning, and municipal law — representing individuals, businesses, institutions, and municipal boards. He serves as solicitor to the Zoning Hearing Boards of Towamencin, Upper Merion, and Lower Salford Townships. He has served Straban Township as its special counsel for land use litigation matters, as well as special counsel for Cheltenham Township and the Derry Township School District.

Following his service in the United States Air Force Reserve, Mr. Jonas began his legal career as law clerk to President Judge James S. Bowman of the Commonwealth Court of Pennsylvania. He is a previous board chairman of the Montgomery County Planning Commission.

Mr. Jonas’ credentials are significant. He is a frequent lecturer for the Pennsylvania Bar Institute and the Montgomery Bar Association Real Estate Committee.

Based on endorsements from colleagues and clients, Mr. Jonas has been selected for inclusion in:
• Real Estate/Land Use law by Chambers USA: America’s Leading Lawyers for Business;
• Pennsylvania Super Lawyers magazine;
• The Best Lawyers in America® in the field of Land Use and Zoning law and Litigation in Land Use and Zoning law; and
• Rated AV® Preeminent™ by Martindale-Hubbell.

Since it was first published in 1983, Best Lawyers® is universally regarded as the definitive guide to legal excellence. Best Lawyers lists are compiled based on an exhaustive peer-review evaluation. More than 116,000 industry leading lawyers are eligible to vote (from around the world), and more than 17 million evaluations were received on the legal abilities of other lawyers based on their specific practice areas around the world.

For the 2023 edition of The Best Lawyers in America®, more than 12.2 million votes were analyzed, which resulted in more than 71,000 leading lawyers honored in the new edition. Best Lawyers describes its program and results as follows:

“The best legal talent in the world, reviewed and approved by their professional peers.”