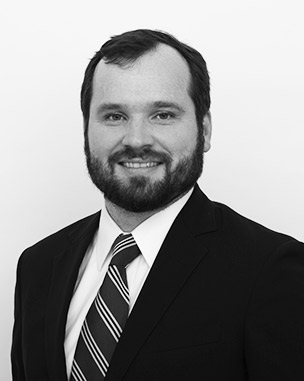 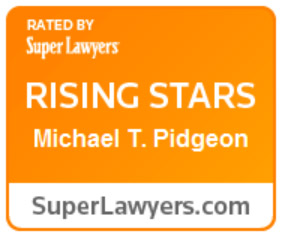 Michael Pidgeon is a Shareholder in the firm’s business and corporate law; wills, trusts and estates law; and litigation practice groups.

Mr. Pidgeon represents clients in commercial litigation and estate litigation at the trial and appellate levels, including matters involving temporary and preliminary injunctive relief. Mr. Pidgeon has been involved in cases located throughout the nation in federal and state courts, as well as in a variety of administrative forums and arbitration. These matters include disputes between shareholders and members of closely held businesses; real estate cases including claims to quiet title, for partition, and disputes stemming from the sale of property; cases arising from commercial leases on behalf of landlords and tenants; enforcement and defense of employment restrictive covenants, claims of theft of trade secrets, and breach of confidentiality obligations; and trademark and copyright actions.

Mr. Pidgeon also regularly represents clients in Orphans’ Court in Pennsylvania and the Chancery Division, Probate Part in New Jersey for probate matters including will contests; allegations of breach of fiduciary duty and fraud against fiduciaries; representation of creditors to estates; and applications to the court in connection with insolvent estates.

Some of his representative commercial litigation cases include:

Some cases representative of Mr. Pidgeon’s estate litigation practice include:

For more than a decade, Mr. Pidgeon practiced law in New Jersey. He continues to actively represent clients in that jurisdiction.

Mr. Pidgeon is a graduate of Washington & Lee University and received his J.D. from its law school. He also obtained a Certificate in Estate Planning from Temple University, James E. Beasley School of Law.

Mr. Pidgeon was the Secretary of the Board of Trustees for the Mayor’s Cup Championship, a multi-race event staged yearly in Philadelphia with the object of raising money for charity. He previously served on the board of VolunteerConnect, Inc. located in Princeton, New Jersey.