Examining the IDEA’s FAPE Standard in the Third Circuit 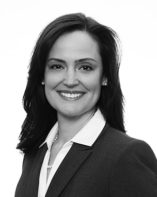 The question of what FAPE is for any one disabled student is an extremely fact-specific determination. Therefore, having recent additional guidance on the analysis process from the Third Circuit is helpful.

This past fall, the U.S. Court of Appeals for the Third Circuit issued two decisions, K.D. v. Downingtown Area School District, No. 17-3065 (3d Cir. 2018), and S.C. v. Oxford Area School District, No. 17-2990 (3d Cir. 2018), which assist parents, educators and special education attorneys in understanding what constitutes meeting the Individuals With Disabilities Education Act’s (IDEA’s) mandate for providing a free appropriate public education (FAPE) to disabled students in public schools. The question of what FAPE is for any one disabled student is an extremely fact-specific determination. Therefore, having recent additional guidance on the analysis process from the Third Circuit is helpful.

Both K.D. v. Downingtown Area School District and S.C. v. Oxford Area School District involved parents claiming that the public school district failed to provide their child’s FAPE, thereby violating the IDEA. In both cases, the underlying administrative decisions were issued in favor of the respective school districts. Additionally, both administrative decisions were issued in 2016 prior to the U.S. Supreme Court’s 2017 ruling in Endrew F. v. Douglas County School District. In Endrew F. the Supreme Court articulated the IDEA’s FAPE mandate as requiring a public school district to provide “an educational program reasonably calculated to enable a child to make progress appropriate in light of the child’s circumstances.” On appeal, the parents in both K.D. and S.C. argued that the decision from Endrew F. should alter the outcomes in their respective decisions because they averred that Endrew F. overruled the Third Circuit’s precedent on what is required of an individualized education program (IEP) in order to meet the IDEA’s FAPE standard. However, in both K.D. and S.C., the Third Circuit flatly rejected the contention that Endrew F. overruled any Third Circuit precedent. To the contrary, K.D. and S.C. together reiterate that the FAPE standard that has been employed in the Third Circuit to date mirrors the legal standard recently articulated by the Supreme Court in Endrew F. As a result, it is clear that the IDEA’s FAPE standard remains unchanged in the Third Circuit and nothing more is required as a result of Endrew F.

The opinion in K.D. v. Downingtown Area School District explicitly rejected the parents’ argument that the legal standard articulated by the U.S. Supreme Court in Endrew F. is in any way different from the longstanding standard in the Third Circuit. The K.D. court held that, in Endrew F., the Supreme Court rejected only the Tenth Circuit’s standard that had previously interpreted the IDEA to require only that disabled students make “merely … more than de minimis” progress. This did not alter the standard in the Third Circuit. Since at least 2012 in Ridley School District v. M.R., the Third Circuit articulated the IDEA’s FAPE mandate as requiring that a disabled child’s IEP “be reasonably calculated to enable the child to receive meaningful educational benefits in light of the student’s intellectual potential and individual abilities.” While this is different from the Tenth Circuit’s standard, in K.D., the Third Circuit found that “Endrew F.’s language parallels that of our precedents” and cited to Ridley School District v. M.R. The Supreme Court’s language in Endrew F.’s does slightly differ from the language used in the Third Circuit’s Ridley School District v. M.R. Nonetheless, the K.D. decision held that wording used in these two cases did not differ in substance; therefore, the parents’ claims to the contrary were rejected by the Third Circuit.

In K.D., the Third Circuit also noted that, per this standard, the individual child’s “intellectual abilities and potential are among the most important circumstances to consider.” Even with a parent-obtained, private independent neuropsychological evaluation criticizing the school district’s programming for the student, the court in K.D. found that the student’s fragmented, slow progress could be reasonably expected in light of her disabilities. The court rejected the argument that slow progress was proof of a deficient IEP and indicated that, because the student received supplemental learning support for much of the day, there was no reason to presume that she would advance at the same pace as her grade-level, nondisabled peers. The court refused to find any fault with the fact that some of the student’s IEP goals went unchanged, indicating that it was appropriate to repeat foundational skills where needed in light of the challenge of doing what was present due to the student’s disabilities. The Third Circuit in K.D. summarized that an IEP must be reasonable, not ideal.

The opinion in S.C. v. Oxford Area School District similarly explained that, per Endrew F.’s FAPE standard, slow progress does not prove that an educational program was deficient and likewise summarized that “reasonable does not mean perfect.” The S.C. court also discussed how a student’s IEP “need not and cannot guarantee a student’s academic progress.” The S.C. court states: “A school district must take steps that are reasonably calculated to enable a student to make appropriate academic progress in light of his circumstances. As long as the district does so, it is not liable just because a student does not progress as quickly as his peers.”

The S.C. decision echoes the Supreme Court’s statement in Endrew F. that the IDEA cannot and does not promise any particular educational outcome.

In examining the specific facts in S.C. v. Oxford Area School District, we can learn more about how the court weighs the various facts in its analysis of determining if IDEA’s FAPE mandate has been met. In S.C., during the student’s ninth-grade year, he missed well over 100 class periods and failed five classes, but made progress on his IEP goals and advanced to the next grade by taking summer classes. S.C. performed better in 10th grade and increased his GPA from 0.97 to 2.04. In 11th grade, S.C. had uneven academic progress; nonetheless, he raised his GPA to 2.19. However, his absences from classes increased again and his parent relayed to the school a doctor’s note reporting S.C. had anxiety about his 11th grade English class. Each year, S.C. advanced from grade to grade and increased his GPA, all while missing many of his classes. Each year, the school district reconvened his IEP team and updated his IEP as deemed appropriate at that time based upon the information available. The Third Circuit found this to meet the FAPE standard. The court explained how giving oral prompts, preferential seating near the front of the classroom, extra time on assignments and an academic support class to help with organization and focus were adequate measures to address S.C.’s anxiety. The court further rejected any argument that imposed a duty on the school district to address S.C.’s anxiety before the school was made aware of it from the parent. In summary, the court noted it was unfortunate that S.C. did not progress as far or as fast as his parent would have hoped, but the court found that the school district met all of its legal obligations.

Considering these outcomes from the U.S. Court of Appeals for the Third Circuit Court in both K.D. and S.C., parents, educators and special education attorneys can better gauge what is and what is not required by the IDEA. Both decisions provide guidance important to developing educational programs and analyzing the potential merit of parent complaints. In summary, reasonable does not mean perfect and slow progress is not proof of a deficient IEP.

Reprinted with permission from the January 3, 2019 issue of The Legal Intelligencer. (c) 2019 ALM Media Properties, LLC. Further duplication without permission is prohibited. All rights reserved.