IRS Clarifies Use of New Estate and Gift Tax Exclusions 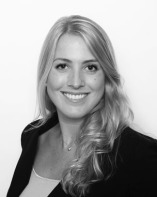 By: Sarah A. Eastburn, Esq.

The Tax Cuts and Jobs Act (the act), effective Jan. 1, 2018, increased the basic exclusion amount for federal estate and gift tax purposes from $5 million, indexed for inflation, to $10 million, similarly indexed. As applied to transfers occurring in 2019, the practical impact has been to increase the basic exclusion amount from $5.7 million to $11.4 million. These facts are widely known. Somewhat less known is the fact that this increase sunsets at the end of 2025, and that the exclusion will automatically return at that time to the figure it would have been prior to the act. The combination of the substantial exclusion increase and scheduled rollback has given rise to a number of practical concerns involving the interplay of gifts made prior to the increase, during the increase period, following the rollback and at death.

Of particular concern to tax practitioners has been the question: will gifts that a taxpayer makes after 2017 and before 2026 to take advantage of the extra exclusion amount effectively be subject to transfer tax a second time if the taxpayer dies after the exclusion amount reverts back? A strict reading of the Internal Revenue Code would suggest that the answer is “Yes.” Fortunately, the professionals in the Treasury Department have proposed a remedy. This remedy is embodied in a proposed ruling published by the Internal Revenue Service on Nov. 23, 2018. In taxpayer-friendly language, the IRS basically says in its ruling that: a taxpayer’s gift will be taxed only once based on the law in effect when the gift is completed and his basic exclusion amount will be adjusted as necessary to ensure that the same property will not be taxed again in the taxpayer’s estate.

A Brief Review of the Federal Estate and Gift Tax Exclusions

Federal tax law limits the amount that a U.S. citizen or resident can transfer tax-free as gifts or inheritances. It does this by imposing possible federal gift tax on the gifts and possible federal estate tax on the value of what passes by inheritance. The rules are complicated, but the basic idea is: for all transfers to be aggregated and then subjected to a common unified rate schedule; and for no tax to be due unless and until the sum of all taxable transfers exceeds what the Internal Revenue Code calls the “applicable credit amount.” The applicable credit amount consists of two components added together: the basic exclusion amount and the amount, if any, of the unused exclusion amount that the taxpayer may be able to claim from his deceased spouse. The basic exclusion part of the formula is the sum mentioned in the first paragraph of this article; e.g. the $11.4 million that currently applies for the 2019 calendar year. This exclusion amount, which has had various statutory designations throughout the years, was $600,000 in 1987, increasing to $1 million by 2002, and to $5 million by 2011 at which time Congress added the indexing feature. At the same time that the exclusion has increased, the rate at which taxable transfers are taxed has generally decreased. Rates that were highly graduated and once reached 77 percent are now effectively flat at 40 percent. Though 40 percent is historically low, it still seems quite high for most taxpayers who are impacted by it, and planning for its avoidance continues apace.

The second component of a taxpayer’s applicable credit amount is the unused exclusion amount that can be claimed from his deceased spouse’s estate. This became relevant with the implementation of “portability” beginning in 2011. Portability enables an individual to claim the unused basic exclusion amount of a pre-deceased spouse by filing a federal estate tax return for the spouse’s estate and specifically claiming the use of the unused exclusion amount. Before portability existed, an exclusion not used at the death of the first spouse was forever wasted. In those pre-portability days, married couples were obliged to be more strategic about how gifts were made and how assets were titled to ensure that both exclusions were fully exploited. As portability stands today, if a taxpayer’s spouse were to die in 2019 without having utilized any of his basic exclusion amount, the surviving spouse could claim an extra $11.4 million exclusion and thus increase his maximum applicable credit amount to $22.8 million.

Implications of the Proposed Ruling

The act’s increase of the basic exclusion amount will be irrelevant for the vast majority of Americans who simply do not own enough assets for the increase to be of significance. But for individuals with assets exceeding $5 million and couples with assets exceeding $10 million, the increase in basic exclusion amount, especially as enhanced by portability, offers real opportunities for saving federal estate and gift taxes. However, in order to avail oneself of these opportunities, it will be necessary to act. It would be unwise to assume that Congress will continue the benefits obtained from the extra exclusion after 2025. Moreover, it would be unwise in the current political climate to assume that the existing exclusion will last until 2026 or that the basic exclusion amount will necessarily return to the original $5 million when it does.

In this context, the proposed ruling can be viewed as a kind of call for action by those taxpayers who are affected. Prior to the ruling, there was concern among tax practitioners about how exactly the IRS might choose to calculate gift tax and estate tax under the new regime. In the ruling, the IRS has responded, in part, with “guidance” and partly with a new “proposed regulation.” In its guidance, the IRS reassures us that there is nothing new or particularly creative about how it proposes to calculate the tentative tax on gifts made to exploit the new exclusion amounts. In the proposed regulation part, the IRS acknowledges that there are indeed problems for a taxpayer who exploits the new exclusion but dies later when his basic exclusion amount is reduced. This is a problem, says the IRS, which it has the authority to correct with a new regulation. In the proposed regulation, the basic exclusion amount of impacted estates is increased to include the exclusion amount that the decedent used in making the gift. The example provided by the service is as follows:

Practitioner Considerations
What does the foregoing mean for practitioners?

Use it or Lose it.
For clients with assets significantly exceeding the new exclusion amounts, the IRS has effectively now told us that these clients have nothing to lose by exploiting the new exclusions. For clients owning particularly large business or real estate interests where it is useful to leverage these exclusions (e.g., sales to defective grantor trusts and similar arrangements), the IRS has essentially provided a green light.

For clients whose estates fall between the old and new exclusion amounts, the situation is less clear.
This group includes a lot of people who are wealthy but don’t feel wealthy and, thus, haven’t fully exploited the exclusions that they had before the act. Most of these clients are likely to take a “wait and see” attitude before acting. For such clients, practitioners should keep an eye out for opportunities that enable a donor to make large completed gifts, but in which he can indirectly reserve interests without violating Section 2036 IRC; e.g., the $10 million family vacation house in Aspen that is important for the donor to indirectly control but which the donor doesn’t necessarily need to own.

For clients who hesitate to move now, stay alert for changes in the law going forward.
They may change their minds if and when a change in the exclusion appears more imminent.

Consider concentrating gifting in only one spouse and foregoing gift splitting.
Example: Let’s assume that the $10 million vacation house in Aspen is owned jointly by a husband and wife and that each has an available basic exclusion amount of $10 million. Consider transferring title first to one spouse and having that spouse then make the taxable gift. Thus, if the basic exclusion amount eventually reverts back to where it used to be, at least one spouse will have taken advantage.

If a spouse dies before 2026, consider claiming portability if household assets are $5 million or more—maybe even less.
The proposed ruling does not expressly say so, but the implication is that a portability election made during this period will effectively lock-in the exclusion of the deceased spouse based upon the $10 million basic exclusion amount. Hence, even if the surviving spouse’s exclusion were to return to $5 million or less, the client will still have locked-in one-half of the benefit.

In drafting wills for couples with household assets of $5 million or more, consider including arrangements for an old fashioned credit shelter trust.
It may not be needed but there is nothing to lose. These are volatile political times, but we can be reasonably confident that, once assets are allocated to such trusts, they will be insulated from later changes in the federal estate tax law. If it turns out that the trust is unnecessary, a power to terminate can be granted to almost anyone other than the surviving spouse.

Reprinted with permission from the February 19, 2019 issue of The Legal Intelligencer. (c) 2019 ALM Media Properties, LLC. Further duplication without permission is prohibited. All rights reserved.