Home // Publications // Municipal Inspections: You’re Going to Need a Warrant for That

Municipal Inspections: You’re Going to Need a Warrant for That 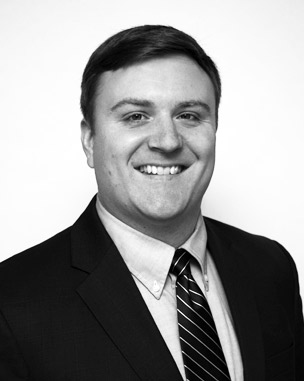 By: Zachary A. Sivertsen, Esq.

Municipalities throughout the state have enacted property maintenance, zoning and building codes to ensure construction is performed safely and in a technically sound manner, development occurs in an orderly fashion and properties are maintained and kept free of safety hazards. Key components of these regulatory schemes are inspections performed by municipal agents and employees, such as code enforcement officers and building inspectors, who monitor conformity with municipal regulations and issue citations and violation notices for noncompliance. Such “administrative inspections” however, may, in certain circumstances, violate the constitutional rights of residents to be free from unwarranted searches, guaranteed by both the U.S. and Pennsylvania constitutions. In fact, any search of private property by the government or someone acting on behalf of the government implicates the Fourth Amendment’s protections.

Most people are aware of these limitations, at least peripherally, in the context of police officers and other law enforcement officials investigating suspected criminal activity—namely the requirement that a search warrant be obtained prior to performing a nonconsensual search of property. Failure to obtain court permission for such a search invokes the “fruit of poisonous tree” doctrine, by which any evidence discovered as a result of the search is inadmissible against the occupant or property owner. This type of search warrant is known as a “general search warrant,” and must be issued by a judge.

Less well known though, is that inspections to enforce municipal regulations (including zoning ordinances, property maintenance code requirements, construction code requirements, rental or other licensing requirements, and other property-related municipal ordinances) are subject to the same constitutional restrictions. Thus when a municipal officer or agent wishes to perform an inspection, but does not have the owner or occupant’s permission to do so, they must obtain an “administrative search warrant.” Administrative search warrants are almost always issued by magisterial district judges; though case law indicates that such warrants could be issued by a neutral magistrate or officer, as in Commonwealth v. Tobin, 828 A.2d 415, 419 (Pa. Commw. Ct. 2003).

To obtain either type of search warrant, the requesting official must demonstrate “probable cause.” This means that the requesting official must have a reasonable basis to believe a crime has been committed (for general warrants) or that an inspection should be conducted (for administrative warrants). The standard for establishing probable cause for an administrative warrant is different and less stringent than that required for a general warrant. To obtain an administrative warrant, probable cause can be established by showing that “reasonable legislative or administrative standards for conducting an area inspection are satisfied with respect to a particular dwelling,” as in Camara v. Municipal Court of City and County of San Francisco, 387 U.S. 523, 538 (1967).

Relevant factors for evaluating probable cause include: the passage of time since a prior inspection, the condition of the premises, and the condition of the general area. Another basis is if there is a general administrative plan for the enforcement of an ordinance that is “derived from neutral sources,” as in Marshall v. Barlow’s, 436 U.S. 307, 321 (1978). For example, a property maintenance code with a general inspection schedule that clearly identifies districts of the municipality to be inspected, timelines for performing inspections of those areas, and a checklist of minimum standards to guide the inspections.

The underlying standard applied by the court when evaluating all searches, is reasonableness. The fundamental purpose of the constitutional protection from unwarranted searches is to protect individual privacy rights from government intrusion. Reasonableness is assessed by balancing the need of the municipal official or agent to perform the search, against the level of invasion into the property owner or occupant’s privacy rights that will result from the search.

The opposite result was reached by the Commonwealth Court in Commonwealth v. Tobin, 828 A.2d 415 (Pa. Commw. Ct. 2003). In Tobin, the court reversed the criminal conviction of a residential landlord who failed to obtain a rental permit as required by a municipal ordinance. The conviction was based on a warrantless inspection performed by a municipal officer after the property owner refused to consent to an inspection of his property. The court concluded that once the owner refused consent, the inspector was required to obtain an administrative warrant. While the underlying ordinances at issue—a property maintenance ordinance and a rental license ordinance—are of a very different character, the underlying warrant requirement remains the same.

This is not to say that an administrative warrant must be obtained in every situation. Certain exceptions from the warrant requirement do exist. The primary exception implicated in the context of administrative inspections is the existence of “exigent circumstances.” This is when there is some compelling need for official action, such as a fire or other emergency that creates an immediate threat to public health or safety, and there is no time to secure a warrant.

Other exceptions, more applicable to general search warrants, include special needs, such as the inspection of the homes of parolees by parole officers; and searches involving industries that are “closely” or “pervasively” regulated and there is a reduced expectation of privacy, such as health inspections.

Municipal inspections are an important part of any municipalities’ ongoing efforts to promote the health, safety and general welfare of their communities. However, it is important that municipalities ensure the procedures and standards for conducting inspections do not infringe upon the constitutional rights of residents and businesses. The following are key takeaways for municipalities to consider when reviewing their codes and ordinances for constitutional compliance:

Reprinted with permission from the May 18, 2017 issue of The Pennsylvania Law Weekly. (c) 2017 ALM Media Properties, LLC. Further duplication without permission is prohibited. All rights reserved.