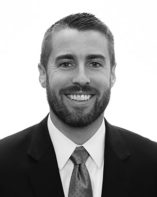 In Terra Firma Builders LLC v. King, 249 A.3d 976 (Pa. 2021) (Opinion by Dougherty, J.), the Supreme Court of Pennsylvania held that property owners who failed to file preliminary objections to a mechanics’ lien claim did not waive their argument that the lien claimant failed to perfect the lien in accordance with the Mechanics’ Lien Law of 1963, 49 P.S. §§ 1101-1902 (the law), because the Law placed no time limit on challenges raised in “subsequent proceedings.”

In 2012, William and Melanie King (the Kings) hired Terra Firma Builders LLC (Terra Firma) to perform construction work at their home. The Kings removed Terra Firma from the project before it completed the work. In February 2013, Terra Firma filed two actions against the Kings: a civil action for breach of contract and unjust enrichment, and a mechanics’ lien claim for unpaid labor and materials pursuant to the law. Terra Firma served the mechanics’ lien on the Kings and then voluntarily discontinued the claim. In April 2013, Terra Firma filed a second mechanics’ lien claim against the Kings for the same dollar amount as the discontinued lien, but Terra Firma never filed an affidavit of service for the second lien as required by section 502 of the law. After several years of litigation, the cases proceeded to a bench trial. The trial court returned a verdict in the Kings’ favor, and the parties filed post-trial motions.

While post-trial motions were pending, the Kings filed a petition to strike the mechanics’ lien due to Terra Firma’s failure to file an affidavit of service to perfect the lien. This petition was the first time that the Kings had raised Terra Firma’s failure to perfect the lien in accordance with the Law after over five years of litigation. Terra Firma opposed the petition by arguing that the Kings waived their argument by failing to file preliminary objections pursuant to section 505 of the law, or by failing to raise the issue earlier in the litigation. The trial court granted the Kings’ petition to strike and Terra Firma appealed to the Superior Court.
The Superior Court reversed, and the Kings appealed to the Supreme Court of Pennsylvania.

The court began its analysis by noting that since mechanics’ liens are a creature of statute; any question of interpretation must be resolved in favor of a strict, narrow construction. The court then applied the principles of statutory construction to interpret the interplay between sections 502 and 505 of the law. The court noted that section 502 requires that in order to “perfect a lien, every claimant must… serve written notice” of the lien’s filing, and an affidavit of service “shall be filed within twenty days.” The court held that by failing to file the affidavit of service required by section 502, Terra Firma clearly failed to perfect its mechanics’ lien, which section 502 explicitly confirms, “shall be sufficient grounds for striking off the claim.” The court rejected Terra Firma’s argument that the Kings waived their objection to the unperfected lien because section 505 of the law explicitly states, “[f ]ailure to file an objection preliminarily shall not constitute a waiver of the right to raise the same as a defense in subsequent proceedings.” The court noted that the law does not identify the timing or type of “subsequent proceedings” in which the defense may be raised. The court held that the Superior Court improperly attempted to give legal force to an invalid judgment, and remanded for reinstatement of the trial court’s order.