Home // Publications // The Institutionalization of Neighborhoods—What Would Euclid Say?

The Institutionalization of Neighborhoods—What Would Euclid Say? 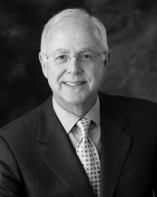 In 1856, Walt Whitman said, “A man is not a whole and complete man unless he owns a house and the ground it stands on.”

Congress passed the Religious Land Use and Institutionalized Persons Act of 2000 (RLUIPA) as a reaction to perceived disparate treatment of and discriminatory conduct directed toward religious uses in the land use arena. Some commentators opined that the purpose of this legislation was not to give a leg up to religious uses. The result in some instances, however, has been the insertion of religious institutional uses in residential neighborhoods, which has affected parking and traffic, and which neighbors contend has disrupted neighborhoods.

Residential neighborhoods are faced with looming zoning issues that arguably threaten the very fabric of traditional single-family neighborhoods. Among the problems:

Add to this mixture the volatile world of telecommunications, including the protections afforded by the Telecommunications Act of 1996 and by the pronouncements of the Federal Communications Commission. Harkening the arrival of 5G technology (how did we live without this?), distributed antenna systems, also known as nodes, are beaming into commercial and residential neighborhoods, placed on existing or new utility poles along the rights-of-way in front of homes. Notwithstanding the federal guidelines and prohibitions against the raising of health concerns, homeowners express concern for the health of their children, arguing that the long-term health effects of these systems are not firmly established. Not in my neighborhood, they protest.

One court noted: “No one likes bad cellphone reception or slow streaming data on their smartphone, but that does not mean anyone wants a cellular antenna in their neighborhood, which is why there are zoning battles like the one central to this case.” See, T Mobile Northeast v. City of Wilmington, ___ F.3d ___ (3d Cir. 2019).

The underlying policy question is: Should the concept of a single-family neighborhood be sacrosanct?

The separation of uses via zoning has its origins in the 1926 decision of the U.S. Supreme Court, in Village of Euclid v. Ambler Realty, 47 S.CT. 114 (1926). The court upheld what is known today as Euclidian zoning, use-based zoning districts regulating residential and nonresidential uses, and imposing area and bulk standards.

Despite this seminal decision, a combination of court decisions, state and federal regulations, and legislation is transforming many neighborhoods into a mix of residential, commercial and institutional uses.

From the perspective of local regulation, municipalities in several parts of the country have considered and even implemented regulations that prohibit single-family detached homes. USA Today, in an article titled “The single-family house: An American icon faces an uncertain future,” reported that Houston, in the aftermath of Hurricane Harvey, is questioning the effect of paving over floodplains (a cause-and-effect previously expressly rejected in an editorial by The Wall Street Journal), much of which is attributed to suburban, single-family homes.

One source of the threat to residential neighborhoods is derived from the language of local ordinances, particularly the definition of “family.” A tried and not-so-true definition might be: “A group of persons living together and related to the head of the household by blood, marriage or legal adoption, and, in addition, two gratuitous guests thereof.”

How an ordinance defines its terms can itself open the neighborhood door to nontraditional and, in the opinion of some people, undesirable uses of houses. Airbnb is one example. The Pennsylvania Supreme Court now has before it a case involving the location of an Airbnb in a residential neighborhood. The controversy involving Airbnb has spread from coast to coast, northward to the Poconos in Pennsylvania and the Adirondack Mountains in upstate New York. Vacation areas are more susceptible, because property owners seek to increase rental revenue by luring vacationers away from other accommodations.

Court decisions suggest that the problem arises from the failure of municipalities to update an array of definitions, including family, dwelling, transient, short-term rental, tourist home and lodge, among others. As an example: The Zoning Hearing Board should have broadly interpreted the term “single-family dwelling” to allow this rental activity rather than straining to designate the activity as a prohibited lodge use, which the ordinance does not define. Therefore, the ZHB erred in concluding that Marchenko’s short-term rentals of the property are prohibited in the R–1 District, see Marchenko v. Zoning Hearing Board of Pocono Township, 147 A.3d 947, 950-951 (Pa. Cmwlth. 2016). See also Shvekh v. Zoning Hearing Board of Stroud Township, 154 A.3d 408, 413 (Pa. Cmwlth. Ct. 2017).

A sound definition of family was at one time enough to withstand proposals for group homes in residential neighborhoods. In Lakeside Youth Service v. Zoning Hearing Board of Upper Moreland Township, 414 A.2d 1115 (Pa. Cmwlth. 1980), a nonprofit corporation sought to locate a home for delinquent females in court custody in a residentially zoned neighborhood. The rotating staff and transient nature of the residents provided the basis for the court’s affirmance of the denial of the special exception. The proposed use did not qualify under the ordinance as a single-family dwelling. Referring to the opinion of the lower court: “We agree with [the judge] that in view of the numbers of people entering and leaving the house and the transient nature of the principal residents that ‘the basic social structure of the proposed use is simply too far removed from the ordinance’s concept of ‘single family dwelling’ to be considered of ‘the same general character’ of that use.”

This and parallel definitions, however, could not withstand the test of time and changes in norms, and more consequentially the sledge hammer of the Fair Housing Act (FHA) of 1968, amended by the Fair Housing Amendments Act of 1988 (FHAA). The FHAA defines “dwelling” as “any building, structure or portion thereof which is occupied as, or designed or intended for occupancy as, a residence by one or more families, and any vacant land which is offered for sale or lease for the construction or location thereon of any such building, structure, or portion thereof.”

The FHAA, combined with the Americans with Disabilities Act (ADA) of 1990, preempts local zoning to the extent that a property’s occupants are deemed disabled. People recovering from alcohol or drug addiction, but not actively drinking or taking drugs, are disabled under the Fair Housing Amendments Act and Americans for Disabilities Act. This has given rise to sober houses, largely unregulated, which are interjecting themselves in residential neighborhoods, as in Groome Resources v. Parish of Jefferson, 52 F. Supp. 2d 721 (E.D. La. 1999).

Whitemarsh Township, in Montgomery County, now provides for this use in most residential zoning districts, based on the following definition of “group home”: “A residential facility used as living quarters by any number of unrelated persons requiring special care, and their attendant adult supervisors, specifically designed to create a residential setting for the mentally and physically handicapped (as a special exception). The individuals may be either transient or permanent residents. Any number of handicapped persons, as defined in Title VIII of the Civil Rights Act of 1968, as amended by the Fair Housing Amendments Act of 1988, have the right to occupy a dwelling unit in the same manner and to the same extent as any family unit.”

Millennials, whoever they are, have been shifting away from the model of moving to the suburbs into a single-family detached home. Rental apartments and transit-oriented developments are popping up in areas where such uses were previously verboten. Nonetheless, the lure of the detached house with a lawn and garage, and in a community of similar residences, remains a draw for many people. That former American dream and sanctuary, however, has become more elusive.

The policy underlying group homes and sober houses is to permit people to live in a residential, community setting. The negative reaction of “conventional” families is easily understood. Many land use practitioners might well express the opinion that virtually any new use will meet with opposition. Add to that impulse the threat to one’s castle.

There goes the neighborhood.

Reprinted with permission from the March 5, 2019 issue of The Legal Intelligencer. (c) 2019 ALM Media Properties, LLC. Further duplication without permission is prohibited. All rights reserved.