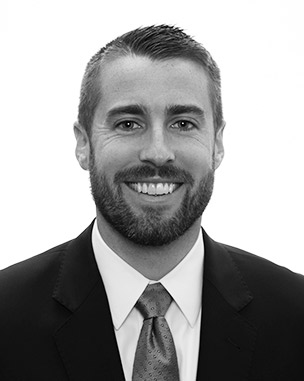 In Razak v. Uber Techs., Inc., 951 F.3d 137 (3d Cir. 2020) (Greenway, Jr., J.), the U.S. Court of Appeals for the Third Circuit vacated the U.S. District Court for the Eastern District of Pennsylvania’s grant of summary judgment in favor of Uber Technologies, Inc. on the conclusion that plaintiffs do not qualify as “employees” of Uber under the Fair Labor Standards Act (FLSA) and similar Pennsylvania state laws. The court applied the six-factor test outlined in Donovan v. DialAmerica Marketing, Inc., 757 F.2d 1376 (3d Cir. 1985) in determining that disputed facts should have precluded the District Court from granting Uber’s motion for summary judgment.

Plaintiffs are three Pennsylvania drivers who use Uber’s ride-sharing mobile phone application known as UberBLACK to provide limousine services in Philadelphia. Plaintiffs filed suit against Uber in 2016, claiming that they are employees of Uber under the FLSA, and that Uber violated the minimum wage and overtime requirements
of the FLSA and similar state laws. After substantial discovery, Uber moved for summary judgment on the dispositive question of whether plaintiffs are employees or independent contractors. The District Court applied the test set forth in DialAmerica, which requires courts to analyze the following six factors to determine employee status under the FLSA: 1) the degree of the alleged employer’s right to control the manner in which the work is to be performed; 2) the alleged employee’s opportunity for profit or loss depending upon his managerial skill; 3) the alleged employee’s investment in equipment or materials required for his task, or his employment of helpers; 4) whether the service rendered required a special skill; 5) the degree of permanence of the working relationship; [and] 6) whether the service rendered is an integral part of the alleged employer’s business.

Under the DialAmerica analysis, neither the presence nor absence of any particular factor is dispositive, and courts should examine the circumstances of the whole activity to determine whether as a matter of economic reality, the individuals are dependent upon the business to which they render service. The District Court concluded that four factors favored plaintiff ’s status as independent contractors, and only two factors supported plaintiff ’s status as employees. The District Court thus granted Uber’s motion for summary judgment because a majority of the DialAmerica factors leaned against a finding of employment status.

On appeal, the court held that the question of which DialAmerica factors favor employee status is a question of fact that should go to the fact-finder. The court identified a number of disputed facts as to whether Uber retains the right to control the plaintiffs’ work pursuant to the first DialAmerica factor, and whether the opportunity for profit or loss depends on managerial skill under the second DialAmerica factor. Since a reasonable fact finder could rule in the plaintiffs’ favor as to at least some of the six factors, the court held that the District Court’s grant of summary judgment was inappropriate.