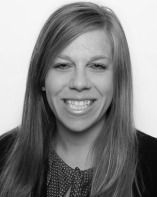 In State Farm Mutual Auto. Ins. Co. v. Dooner, 189 A.3d 479 (Pa. Super. 2018) (Opinion by Bender, P.J.E.), the Pennsylvania Superior Court provided guidance regarding what constitutes “lawful possession” of an automobile. This decision has implications for a host of civil matters, including insurance coverage disputes. Dooner affirmed a grant of summary judgment by the Monroe County Court of Common Pleas in favor of the plaintiff insurer in this declaratory judgment action because the insured, as a passenger, was not in possession of the vehicle. State Farm insured the passenger of a vehicle who jerked the steering wheel, causing the vehicle to veer into oncoming traffic and collide with another vehicle. Individuals from the oncoming vehicle initiated a lawsuit against the passenger. State Farm denied coverage, alleging that its insured was not in lawful possession of the vehicle at the time of the accident.

The court first reiterated its guidance regarding the interpretation of insurance contracts, including the fact that insurance contracts are typically interpreted by a court rather than a jury. In addition, the court stressed that its role when interpreting an insurance contract is to “effectuate the intent of the parties as manifested by the language of the specific policy.” Pa. Nat. Mut. Cas. Ins. Co. v. St. John, 106 A.3d 1, 14 (Pa. 2014). Ambiguous terms, meaning those that are “reasonably susceptible to more than one construction and meaning,” must be interpreted in favor of the insured. Id.

Dooner noted that there is minimal case law in Pennsylvania that interprets the term “lawful possession” of an auto-mobile. The Superior Court explained that control of the vehicle had not been overtaken by the passenger when she grabbed and jerked the wheel. The court credited the reasoning of North Carolina Farm Bureau Ins. Co. v. Nationwide Mut. Ins. Co., 608
S.E.2d 112 (N.C. Ct. App. 2005), which scrutinized whether a passenger was in lawful possession of an automobile. In accordance with that decision, the Superior Court determined that even where the passenger grabs the steering wheel, that act does not constitute possession. Even if that act did amount to possession, the Superior Court held such possession would not be lawful. Thus, State Farm properly denied coverage.